Shohreh Aghdashloo is an actress best known for her Academy Award–nominated performance in The House of Sand and Fog. She is also a recipient of the Primetime Emmy Award for Outstanding Supporting Actress in a Miniseries or Movie for her work in House of Saddam. Aghdashloo released her memoir, The Alley of Love and Yellow Jasmines, in 2013.

audio
Until We Are Free
Author: Shirin Ebadi | Narrator: Shohreh Aghdashloo
Release Date: March 08, 2016
The first Muslim woman to receive the Nobel Peace Prize, Shirin Ebadi has inspired millions around the globe through her work as a human rights lawyer defending women and children against a brutal regime in Iran. Now Ebadi tells her story of courage ...
ABOUT THIS AUDIOBOOK
$20
ISBN: 9780399568947
Unabridged Download 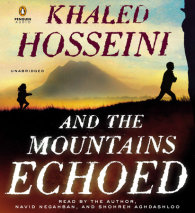 audio
And the Mountains Echoed
Author: Khaled Hosseini | Narrator: Khaled Hosseini, Navid Negahban and Shohreh Aghdashloo
Release Date: May 21, 2013
An unforgettable novel about finding a lost piece of yourself in someone else.Khaled Hosseini, the #1 New York Times–bestselling author of The Kite Runner and A Thousand Splendid Suns, has written a new novel about how we love, how we take care...
ABOUT THIS AUDIOBOOK
$24
ISBN: 9781101627358
Unabridged Download 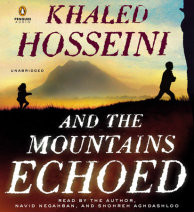 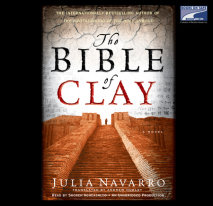 audio
The Bible of Clay
Author: Julia Navarro | Narrator: Shohreh Aghdashloo
Release Date: March 25, 2008
In St. Peter’s Basilica, a man sits in a confessional asking forgiveness for a murder he’s about to commit. And a young priest begins a desperate journey to stop him. . . . It’s only the beginning of a ruthless race among the world&...
ABOUT THIS AUDIOBOOK
$27.50
ISBN: 9781415946978
Unabridged Download 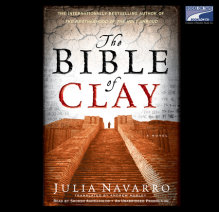