Elizabeth McGovern is a popular American television, film, and theater actor, and musician. McGovern was born in Evanston, Illinois, and educated at the Juilliard School. McGovern is perhaps best known for her role in in the adaptation of the E.L. Doctorow novel Ragtime, for which she earned an Academy Award nomination for Best Supporting Actress. In addition to success on the big screen, McGovern has gained great acclaim from her performance in the hit series Downton Abbey. She has also appeared in Once Upon a Time in America, Racing with the Moon, Lovesick, The Handmaid's Tale, The Scarlet Pimpernel, and many more. 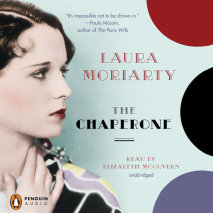 The Chaperone
Author: Laura Moriarty | Narrator: McGovern Elizabeth
Release Date: June 05, 2012
Soon to be a feature film from the creators of Downton Abbey starring Elizabeth McGovern, The Chaperone is a New York Times-bestselling novel about the woman who chaperoned an irreverent Louise Brooks to New York City in the 1920s...
ABOUT THIS AUDIOBOOK
$22.50
ISBN: 9781101564493
Unabridged Download 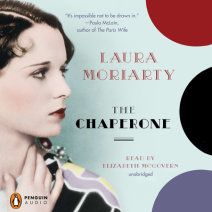