Paul Greenberg is the author of the James Beard Award-winning bestseller Four Fish and American Catch and a regular contributor to The New York Times. His writing has also appeared in The New Yorker, National Geographic, and many other publications. He has been a correspondent for PBS’s Frontline and lectured widely on ocean issues at institutions ranging from TED to Google to the U.S. Senate. He lives in New York. 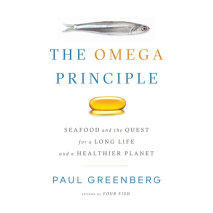 audio
The Omega Principle
Author: Paul Greenberg | Narrator: Paul Greenberg
Release Date: July 10, 2018
By the bestselling author of Four Fish and American Catch, an eye-opening investigation of the history, science, and business behind omega-3 fatty acids, the "miracle compound" whose story is intertwined with human health and the future of our planet...
ABOUT THIS AUDIOBOOK
$17.50
ISBN: 9780525627036
Unabridged Download 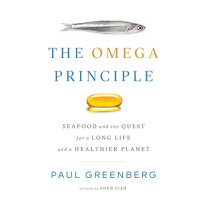