Rosanne Cash has recorded over a dozen albums, charted numerous top 40 country songs, and has won two gold records. She has received multiple Grammy nominations—winning in 1985—and was nominated for “Sea of Heartbreak,” a duet with Bruce Springsteen on her album The List. Vanity Fair called The List “superb,” and it debuted in the Top 5 on the Country Chart, and at number 22 on The Billboard 200. Cash is the author of Bodies of Water and the children’s book Penelope Jane: A Fairy’s Tale. Her essays and fiction have been published in The New York Times, Rolling Stone, and New York magazine. She lives in New York City with her husband and children. 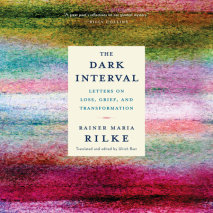 audio
The Dark Interval
Author: Rainer Maria Rilke | Narrator: Ulrich Baer and Rosanne Cash
Release Date: August 14, 2018
From the writer of the classic Letters to a Young Poet, reflections on grief and loss, collected and published here in one volume for the first time.“A great poet’s reflections on our greatest mystery.”—Billy Collins“A t...
ABOUT THIS AUDIOBOOK
$10
ISBN: 9780525630937
Unabridged Download 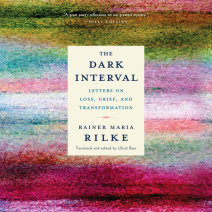 Composed
Author: Rosanne Cash | Narrator: Rosanne Cash
Release Date: August 10, 2010
A candid and moving memoir from the critically acclaimed singer and songwriterFor thirty years as a musician, Rosanne Cash has enjoyed both critical and commercial success, releasing a series of albums that are as notable for their lyrical intelligen...
ABOUT THIS AUDIOBOOK
$17.50
ISBN: 9781101457429
Unabridged Download