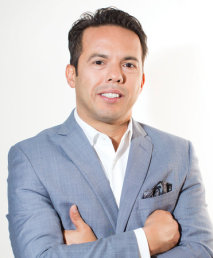 Samuel Rodriguez is the president of NHCLC/Conela, an international organization of more than 500,000 evangelical churches. He is a sought-after voice in White House and congressional meetings and is regularly featured on CNN, Fox News, NBC Telemundo, and other major news outlets. The author of The Lamb's Agenda, Rodriguez is the senior pastor of New Seasons Christian Worship Center in Sacramento, California, where he resides with his wife, Eva, and their three children. 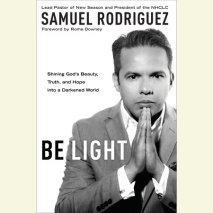 audio
Be Light
Author: Samuel Rodriguez and Roma Downey | Narrator: Samuel Rodriguez
Release Date: May 03, 2016
The Blueprint for Overcoming Darkness and Living in God’s Light.Our world unravels more each day. It feels as if we’re drowning in a sea churning with greed, violence, and lust. As darkness advances, hope dims.   Yet within that...
ABOUT THIS AUDIOBOOK
$17.50
ISBN: 9780399567193
Unabridged Download 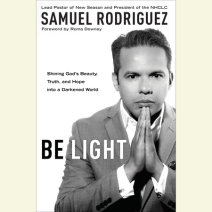