Jeannie Berlin is the daughter of actress/director Elaine May. Berlin was nominated for an Academy Award for her performance in The Heartbreak Kid. She has been acting professionally since 1970. From 1975 to 1989, she took a break from acting to focus on writing and directing. She was born in Los Angeles, California. 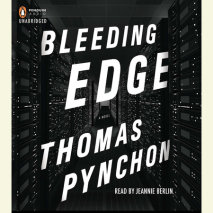 Bleeding Edge
Author: Thomas Pynchon | Narrator: Jeannie Berlin
Release Date: September 17, 2013
The Washington Post  “Brilliantly written… a joy to read… Bleeding Edge is totally gonzo, totally wonderful. It really is good to have Thomas Pynchon around, doing what he does best.” (Michael Dirda) It is 200...
ABOUT THIS AUDIOBOOK
$27.50
ISBN: 9780698143241
Unabridged Download 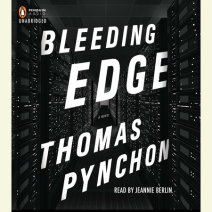