Sir Ian McKellen is among the most highly acclaimed actors in the English-speaking world. His appearances on stage, on screen, and on television have been numerous. He recently starred as Gandalf in the Lord of the Rings trilogy and recieved an Academy Award® nomination for his performance in The Fellowship of the Ring. 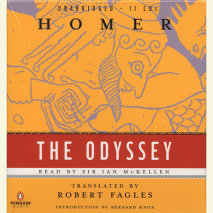 The Odyssey
Author: Homer | Narrator: Ian McKellen
Release Date: November 29, 2005
The Odyssey is literature's grandest evocation of every man's journey through life. In the myths and legends that are retold here, the energy and poetry of Homer's original is captured in a bold, contemporary idiom, giving us an edition of ...
ABOUT THIS AUDIOBOOK
$22.50
ISBN: 9780786564781
Unabridged Download 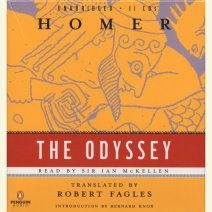