Comedienne, Emmy Award–winning TV host, Tony-nominated actress, Grammy-winner (for her audiobook of Diary of a Mad Diva) and CEO, Joan Rivers was an icon of American culture, a bestselling author, Celebrity Apprentice winner, writer, producer, director, and savvy businesswoman who overcame great odds to reinvent herself time and time again. She hosted E! Network’s popular seriesFashion Police, and starred with her daughter, Melissa, in their own weekly reality show, Joan and Melissa: Joan Knows Best? on WEtv Network. Her critically acclaimed documentary, Joan Rivers: A Piece of Work premiered in theaters nationwide and is available on DVD. Amongst all of her success, Joan’s most joyous triumph was being a mother and grandmother. 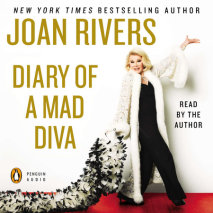 audio
Diary of a Mad Diva
Author: Joan Rivers | Narrator: Joan Rivers
Release Date: July 01, 2014
Winner of the 2015 Grammy for Best Spoken Word AlbumFollowing up the phenomenal success of her headline-making New York Times bestseller I Hate Everyone...Starting With Me, the unstoppable Joan Rivers is at it again. When her daughter Melissa gives h...
ABOUT THIS AUDIOBOOK
$17.50
ISBN: 9780698153929
Unabridged Download 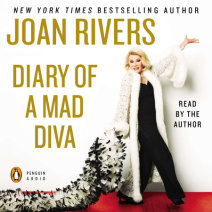 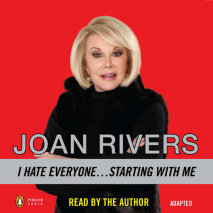 I Hate Everyone...Starting with Me
Author: Joan Rivers | Narrator: Joan Rivers
Release Date: June 05, 2012
“How do I love thee? Let me count the ways.”—Elizabeth Barrett Browning, 1850“How do I hate thee? How much time do you have?”—Joan Rivers, today, about two-ishJoan Rivers is a groundbreaking, award-winning, interna...
ABOUT THIS AUDIOBOOK
$15
ISBN: 9781101564165
Unabridged Download 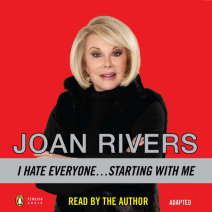