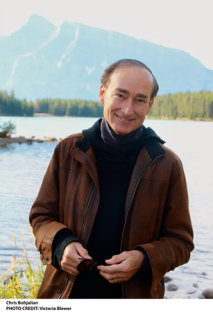 CHRIS BOHJALIAN is the #1 New York Times bestselling author of twenty-three books, including Hour of the Witch, The Red Lotus, Midwives, and The Flight Attendant, was the basis for the hit HBO Max television series starring Kaley Cuoco. His other books include The Guest Room; Close Your Eyes, Hold Hands; The Sandcastle Girls; Skeletons at the Feast; and The Double Bind. His novels Secrets of Eden, Midwives, and Past the Bleachers were made into movies, and his work has been translated into more than thirty-five languages. He is also a playwright (Wingspan and Midwives). He lives in Vermont and can be found at chrisbohjalian.com or on Facebook, Instagram, Twitter, Litsy, and Goodreads @chrisbohjalian. 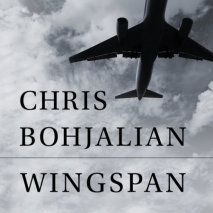 audio
Wingspan
Author: Chris Bohjalian | Narrator: Chris Bohjalian, Mark Deakins, Julia Whelan, Grace Experience and K.K. Glick
Release Date: March 26, 2019
Originally produced as a one-act play starring Grace Experience and K.K. Glick, Wingspan is the story of a young flight attendant with a fear of flying, who is about to work her first transatlantic trip. When a veteran co-worker tries to help her thr...
ABOUT THIS AUDIOBOOK
$10
ISBN: 9780593104408
Unabridged Download 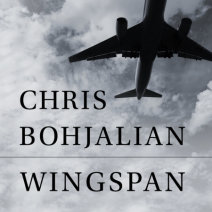 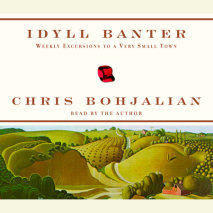 audio
Idyll Banter
Author: Chris Bohjalian | Narrator: Chris Bohjalian
Release Date: December 16, 2003
In March 1986, while living in Brooklyn, Chris Bohjalian and his wife were cab-napped on a Saturday night and taken on a forty-five-minute joy ride in which the driver ignored all traffic lights and stop signs. Around midnight he deposited the young...
ABOUT THIS AUDIOBOOK
$12.95
ISBN: 9780739309155
Abridged Download 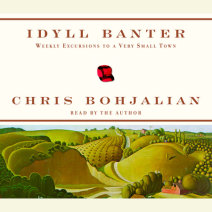