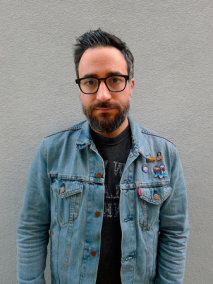 Jensen Karp, formerly known as Hot Karl, is a writer, comedian, and co-owner of Gallery 1988, the nation’s leading destination for pop culture–themed artwork. He hosts the Get Up On This podcast on the Earwolf Network, co-owns Patti Lapel pins, and has written and produced for The Late Late Show with James Corden, the MTV VMAs and Movie Awards, Rolling Stone, WWE Raw, The Hundreds, and the ESPYs. As an actor, he’s appeared on VH1’s Barely Famous, NFL on FOX, and Candidly Nicole. He is currently an executive producer, writer, and coach on Drop the Mic on TBS. He was influenced by early Tom Hanks comedies, Chino XL, and Dennis Miller (before Dennis became a real piece of shit). 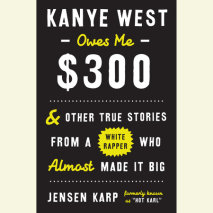 audio
Kanye West Owes Me $300
Author: Jensen Karp | Narrator: Jensen Karp and Chris MacDonnell
Release Date: June 07, 2016
In this “triumphantly funny” (AV Club) memoir, comedian Jensen Karp tells the story of how, as a Jewish kid from the L.A. suburbs, he became a rap battle legend—and then almost became a star.  “The funniest pers...
ABOUT THIS AUDIOBOOK
$15
ISBN: 9780515159905
Unabridged Download 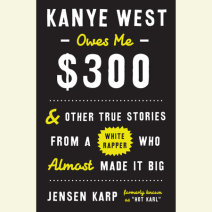