Nathaniel Branden's pioneering work in the field of self-esteem over seven decades contributed to the evolution of the concept from obscurity to greater levels of clarity and acceptance. He wrote nearly 20 books on self-esteem, including such influential works as The Psychology of Self-Esteem, How to Raise Your Self-Esteem, The Six Pillars of Self-Esteem, and The Art of Living Consciously. In addition to his extensive work as a writer, Branden worked as a lecturer, therapist, and corporate consultant specializing in assisting modern businesses employ the principles of self-esteem to achieve greater levels of success. He also the founded The Branden Institute for Self-Esteem, a counseling center in Los Angeles, California. He died in 2014. 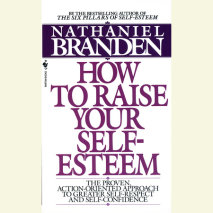 How to Raise Your Self-Esteem
Author: Nathaniel Branden | Narrator: Nathaniel Branden
Release Date: July 05, 2000
Of all the judgments you make in life, none is as important as the one you make about yourself. The difference between low self-esteem and high self-esteem is the difference between passivity and action, between failure and success. Now, one of Ameri...
ABOUT THIS AUDIOBOOK
$6
ISBN: 9780553750201
Abridged Download 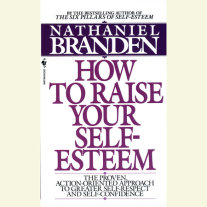