Betty White is an award-winning film and television actress who has appeared in such iconic television classics as The Mary Tyler Moore Show and The Golden Girls. In a career that has spanned more than 75 years, she has received seven Emmy awards, three American Comedy Awards, three Screen Actors Guild awards, and a Grammy. Both a pet enthusiast and animal health advocate, White is the president emerita of the Morris Animal Foundation and has been a member of the board of directors of the Greater Los Angeles Zoo Association since 1974. She celebrated her 95th birthday in January 2017 and lives in Los Angeles, California with her dog, Pontiac. 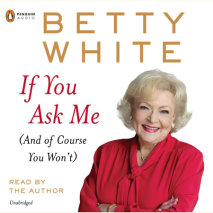 If You Ask Me
Author: Betty White | Narrator: Betty White
Release Date: May 03, 2011
It-girl Betty White delivers a hilarious, slyly profound take on love, life, celebrity, and everything in between. Drawing from a lifetime of lessons learned, seven-time Emmy winner Betty White's wit and wisdom take center stage as she tackles topi...
ABOUT THIS AUDIOBOOK
$12
ISBN: 9781101526200
Unabridged Download 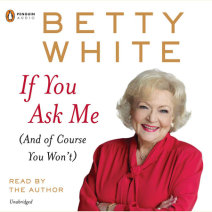