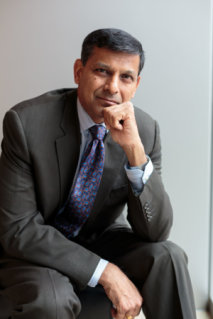 Raghuram Rajan is the Katherine Dusak Miller Distinguished Service Professor of Finance at the University of Chicago Booth School of Business. He was the 23rd Governor of the Reserve Bank of India between September 2013 and September 2016. Euromoney magazine named him Central Banker of the Year in 2014. Between 2003 and 2006, Dr. Rajan was the Chief Economist at the International Monetary Fund. He co-authored Saving Capitalism from the Capitalists with Luigi Zingales in 2003. He then wrote Fault Lines: How Hidden Fractures Still Threaten the World Economy, for which he was awarded the Financial Times-Goldman Sachs prize for best business book in 2010. 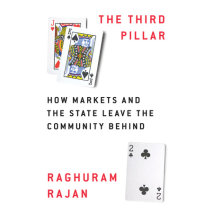 audio
The Third Pillar
Author: Raghuram Rajan | Narrator: Raghuram Rajan and Jason Culp
Release Date: February 26, 2019
Shortlisted for the Financial Times/McKinsey Business Book of the Year AwardFrom one of the most important economic thinkers of our time, a brilliant and far-seeing analysis of the current populist backlash against globalization.Raghuram Rajan, ...
ABOUT THIS AUDIOBOOK
$27.50
ISBN: 9781984839107
Unabridged Download 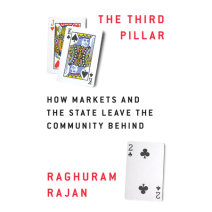