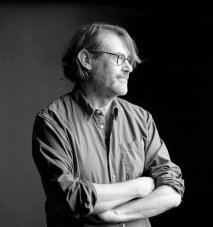 Nigel Slater is an award-winning author, journalist, and television presenter. He has been food columnist for The Observer Magazine for over twenty-five years. His collection of bestselling books includes the classics Appetite and The Kitchen Diaries and the critically acclaimed two-volume Tender. He has made cooking shows and documentaries for BBC1, BBC2, and BBC4. His memoir Toast: The Story of a Boy’s Hunger won six major awards and is now a film and stage production. His writing has won the James Beard Award, the National Book Award, the Glenfiddich Trophy, the André Simon Memorial Prize, and the British Biography of the Year. He lives in London. 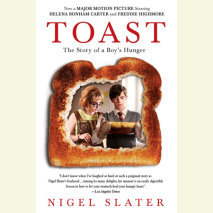 Toast
Author: Nigel Slater | Narrator: Nigel Slater
Release Date: October 07, 2004
A deliciously evocative story of childhood in 1960s suburban England from one of theUnited Kingdom's best-loved writers, Nigel SlaterToast is the truly extraordinary story of a childhood remembered through food. In each chapter, as Nigel Slater takes...
ABOUT THIS AUDIOBOOK
$17.50
ISBN: 9780786580170
Unabridged Download 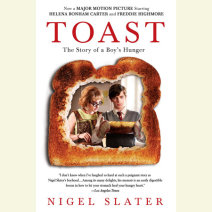