Patricia Heaton graduated from Ohio State University and made her Broadway debut in the gospel musical Don’t Get God Started. She has appeared in numerous television films and series, and in feature films including Memoirs of an Invisible Man, Beethoven, The New Age, and Space Jam. For her role in Everybody Loves Raymond, she won the Emmy for Leading Actress in a Comedy Series in 2000 and again in 2001. She lives with her husband and four sons in Los Angeles. 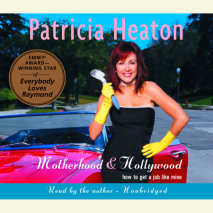 Motherhood and Hollywood
Author: Patricia Heaton | Narrator: Patricia Heaton
Release Date: September 17, 2002
“The really important things in life are your family and friends. And what will people say about you at your funeral—that you won an Emmy once, or that you were a good person, kind and generous? Well, as for me, I hope it's the latter. An...
ABOUT THIS AUDIOBOOK
$13.95
ISBN: 9780739302583
Unabridged Download 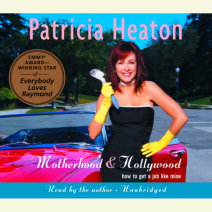