Anne Hathaway is an Academy Award–winning actress known for her roles in the films Les Misérables and The Dark Knight Rises. She is a trained stage performer and has stated that she prefers being onstage to being on-screen. Her acting style has been compared to those of Judy Garland and Audrey Hepburn. She cites Garland as one of her favorite actresses and Meryl Streep as her idol. 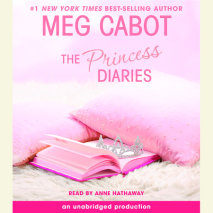 audio
The Princess Diaries, Volume I: The Princess Diaries
Author: Meg Cabot | Narrator: Anne Hathaway
Release Date: September 23, 2003
She's just a New York City girl living with her artist mom…News flash: Dad is prince of Genovia. (So that's why a limo always meets her at the airport!)Downer: Dad can't have any more kids. (So no heir to the throne.)Shock of the century: Like ...
ABOUT THIS AUDIOBOOK
$12.95
ISBN: 9781400085842
Unabridged Download 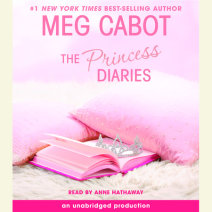 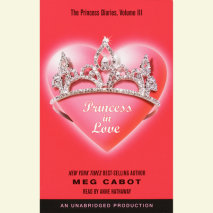 The Princess Diaries, Volume III: Princess in Love
Author: Meg Cabot | Narrator: Anne Hathaway
Release Date: March 26, 2002
Princess Amelia Mignonette Grimaldi Thermopolis Renaldo may seem like she's the luckiest girl ever. She's a princess, for starters. and while she's no supermodel, mirrors do not crack at her reflection. Best of all, she finally has a boyfriend. T...
ABOUT THIS AUDIOBOOK
$12.50
ISBN: 9780807207130
Unabridged Download 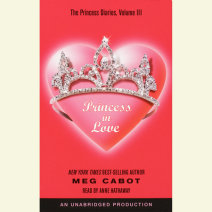 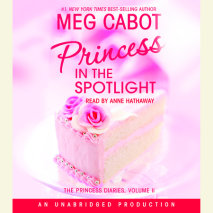 The Princess Diaries, Volume II: Princess in the Spotlight
Author: Meg Cabot | Narrator: Anne Hathaway
Release Date: July 03, 2001
Just when Mia thought she had the whole Princess thing under control... Things get out of hand, fast! There's the havoc of the interivew's aftermath and her dreaded princess lessons at the Plaza. Plus an unexpected announcement from her mother and i...
ABOUT THIS AUDIOBOOK
$12.95
ISBN: 9781400089765
Unabridged Download 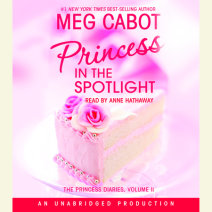