Joan Allen is an acclaimed actress who has worked extensively in theatre, television and film during her career, and achieved recognition for her Broadway debut in Burn This, winning a Tony Award for Best Performance by a Leading Actress in a Play. She has received three Academy Award nominations for Best Supporting Actress for Nixon and The Crucible, and for Best Actress for The Contender. 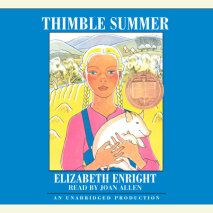 audio
Thimble Summer
Author: Elizabeth Enright | Narrator: Joan Allen
Release Date: June 24, 2008
When Garnet finds a silver thimble in the sand by the river, she is sure it’s magical. But is it magical enough to help her pig, Timmy, win a blue ribbon on Fair Day?
ABOUT THIS AUDIOBOOK
$9
ISBN: 9780807205556
Unabridged Download 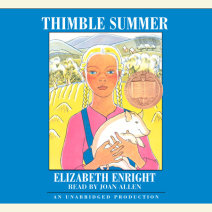 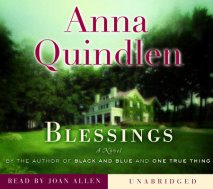 Blessings
Author: Anna Quindlen | Narrator: Joan Allen
Release Date: January 01, 2002
Late one night, a teenage couple drives up to the big white clapboard home on the Blessing estate and leaves a box. In that instant, the lives of those who live and work there are changed forever. Skip Cuddy, the caretaker, finds a baby girl asleep i...
ABOUT THIS AUDIOBOOK
$15
ISBN: 9781415919149
Unabridged Download 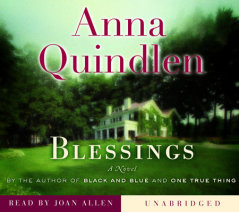