Laura Linney's extensive film credits include her Academy Award–nominated role in You Can Count on Me, as well as The Truman Show, Absolute Power, Primal Fear, and The Mothman Prophecies. She has also appeared on Broadway in The Crucible and starred in the critically acclaimed PBS miniseries Tales of the City. 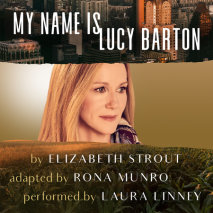 audio
My Name Is Lucy Barton (Dramatic Production)
Author: Elizabeth Strout and Rona Munro | Narrator: Laura Linney
Release Date: February 04, 2020
Presenting an original audiobook performance of the stage production of My Name is Lucy Barton, starring Academy Award and Tony nominee Laura Linney.Praised as "deeply affecting" and "heartbreaking" by The Guardian (UK), this is a faithful adaptation...
ABOUT THIS AUDIOBOOK
$15
ISBN: 9780593169476
Unabridged Download 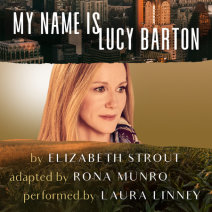