Alicia Witt is an American actor and musician. As a child she worked regularly with director David Lynch, appearing in his film Dune and television series Twin Peaks. Since then she’s appeared in numerous films and shows, including Justified, The Walking Dead, CSI: Miami, and Person of Interest. 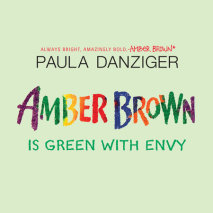 audio
Amber Brown is Green With Envy
Author: Paula Danziger | Narrator: Alicia Witt
Release Date: September 17, 2019
Always Bright, Amazingly Bold, Amber Brown!  Amber's parents just aren't acting the way she thinks parents should. Sometimes her dad goes out on dates when he is supposed to be spending time with her. And her Mom went to Disneyland with Aunt Pam...
ABOUT THIS AUDIOBOOK
$7.50
ISBN: 9780593152027
Unabridged Download 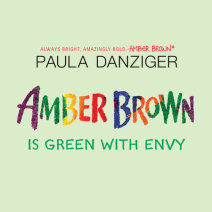 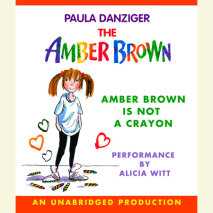 Amber Brown Is Not a Crayon
Author: Paula Danziger | Narrator: Alicia Witt
Release Date: May 13, 2008
Amber Brown and Justin Daniels are best friends. They sit next to each other in school, help each other with fractions and spelling, and always stick up for one another. But when Justin finds out that he is moving away, everything begins to change.
ABOUT THIS AUDIOBOOK
$7.50
ISBN: 9780739373446
Unabridged Download 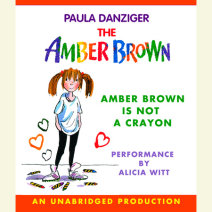 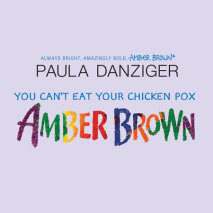 You Can't Eat Your Chicken Pox Amber Brown
Author: Paula Danziger | Narrator: Alicia Witt
Release Date: May 13, 2008
Amber Brown is one very excited third grader. She is going to visit her Aunt Pam in London! Amber is all set for the best vacation ever. Until she gets the chicken pox! Amber Brown is itchy and bored. Is her vacation ruined?
ABOUT THIS AUDIOBOOK
$7.50
ISBN: 9780739373453
Unabridged Download 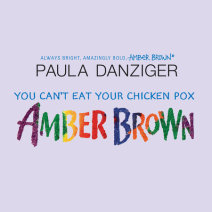 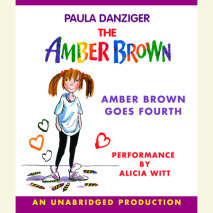 Amber Brown Goes Fourth
Author: Paula Danziger | Narrator: Alicia Witt
Release Date: May 13, 2008
Is Amber Brown ready for fourth grade? She has new sneakers, new notebooks and pencils, but she doesn’t have what she really needs–a new best friend. How can Amber go fourth without one? Who will be Amber’s best friend?
ABOUT THIS AUDIOBOOK
$7.50
ISBN: 9780739373460
Unabridged Download 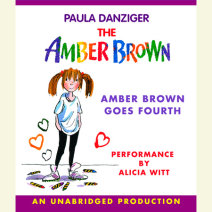