Frances McDormand is one of the few performers who has achieved the Triple Crown of Acting. She received the Academy Award for Best Actress for Fargo in 1997, the Tony Award for Best Actress for Good People in 2011, and the Primetime Emmy Award for Outstanding Lead Actress for Olive Kitteridge in 2015. She has won or been nominated for dozens of other awards across a long and successful career on stage and screen. She is married to writer/director Joel Coen, and has starred in several of the Coen brothers' films. 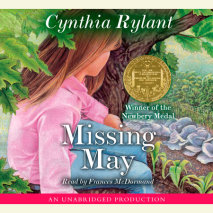 audio
Missing May
Author: Cynthia Rylant | Narrator: Frances McDormand
Release Date: April 08, 2008
Since summer was six years old she lived with dear Aunt May and Uncle Ob. Now, six years later, Aunt May has died. Summer, who misses May with all her might, is afraid something will happen to Ob. Most days Ob seems like he doesn't want to go on.But ...
ABOUT THIS AUDIOBOOK
$7.50
ISBN: 9780739371855
Unabridged Download 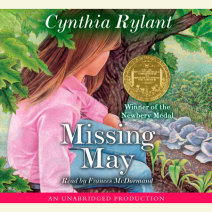