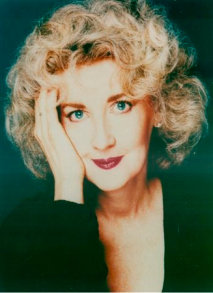 Julia Cameron
Julia Cameron has been an active artist for more than three decades. She is the author of more than thirty books, including such bestselling works on the creative process as The Artist’s Way, Walking in This World, and Finding Water. Also a novelist, playwright, songwriter, and poet, she has multiple credits in theater, film, and television, including an episode of Miami Vice, which featured Miles Davis, and Elvis and the Beauty Queen, which starred Don Johnson. She was a writer on such movies as Taxi Driver, New York, New York, and The Last Waltz. She wrote, produced, and directed the award-winning independent feature film God's Will, which premiered at the Chicago International Film Festival, and was selected by the London Film Festival, the Munich International Film Festival, and the Women in Film Festival, among others. In addition to making films, Cameron has taught film at such diverse places as Chicago Filmmakers, Northwestern University, and Columbia College. She is also an award-winning playwright, whose work has appeared on such well-known stages as the McCarter Theater at Princeton University and the Denver Center for the Performing Arts.
Read More +
6 results   page 1 of 1   view sort by 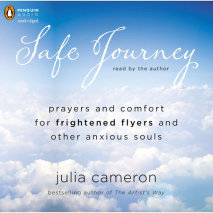 audio
Safe Journey
Author: Julia Cameron | Narrator: Julia Cameron
Release Date: April 18, 2013
Julia Cameron, bestselling author of The Artist's Way, has a terrible fear of flying. Each time she is faced with the prospect of air travel, her mind races and her heart cries out, “No, I can’t go!” In the wise and comfor...
ABOUT THIS AUDIOBOOK
$12
ISBN: 9781101605066
Unabridged Download 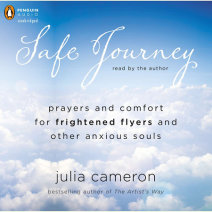 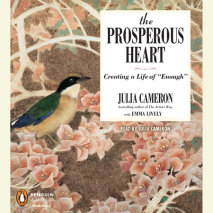 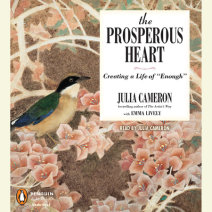 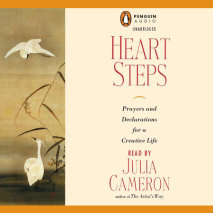 Heart Steps
Author: Julia Cameron | Narrator: Julia Cameron
Release Date: April 18, 2011
In this gift-size book, Cameron shares beautiful prayers of empowerment followed by potent declarations on the nature of creativity that extend beyond affirmations to facilitate a powerful awakening of the artistic child within and revitalize fading ...
ABOUT THIS AUDIOBOOK
$17.50
ISBN: 9781101524138
Unabridged Download 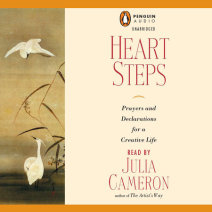 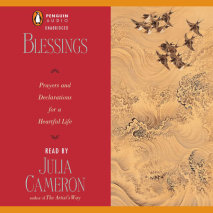 Blessings
Author: Julia Cameron | Narrator: Julia Cameron
Release Date: April 18, 2011
Through her writings and workshops, Julia Cameron has inspired millions to pursue their dreams. In the tradition of Heart Steps, Blessings reveals the keys she uses to reconnect herself with the source of her creative spirit. Focusing on gratitude an...
ABOUT THIS AUDIOBOOK
$17.50
ISBN: 9781101524145
Unabridged Download 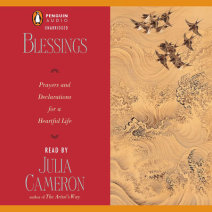 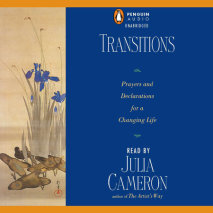 Transitions
Author: Julia Cameron | Narrator: Julia Cameron
Release Date: April 18, 2011
Julia Cameron shares beautiful prayers of empowerment followed by potent declarations and reflections on the nature of change and coping. They extend beyond affirmations to facilitate a powerful awakening of the potential of the human soul and to rev...
ABOUT THIS AUDIOBOOK
$17.50
ISBN: 9781101524152
Unabridged Download 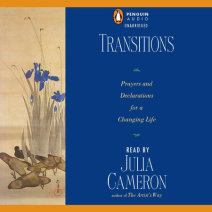 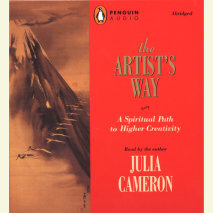 The Artist's Way
Author: Julia Cameron | Narrator: Julia Cameron
Release Date: September 08, 2005
"Without The Artist's Way, there would have been no Eat, Pray, Love.” —Elizabeth GilbertThe Artist’s Way is the seminal book on the subject of creativity. An international bestseller, millions of readers have found it...
ABOUT THIS AUDIOBOOK
$20
ISBN: 9780593452523
Unabridged DownloadAbridged Download 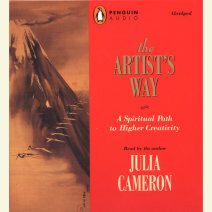