home
x
Subscribe
Jane Alexander
Jane Alexander is an actress, a writer, and a conservationist. She chaired the National Endowment for the Arts under President Clinton from 1993-1997 and her chronicle of those turbulent years, Command Performance: An Actress in the Theatre of Politics, was named a New York Times Notable Book. A Tony Award winner, Alexander has performed in more than a hundred plays on Broadway and Off-Broadway and was inducted into the Theatre Hall of Fame in 1994. Her long film career includes four Academy Award nominations, for the The Great White Hope, All The President’s Men, Kramer vs. Kramer, and Testament. Appearing in more than forty television movies, she has been honored with two Emmys, for Playing for Time and Warm Springs.

A dedicated conservationist and birder, Alexander was a Trustee of the Wildlife Conservation Society, a board member of the American Bird Conservancy, the American Birding Association, and a Commissioner of New York State Parks. She currently sits on the board of the National Audubon Society, the Global Advisory Group of Bird Life International, and the Conservation Council of Panthera. In 2012 the Indianapolis Prize inaugurated the Jane Alexander Global Wildlife Ambassador Award, with Alexander as its first recipient.
Read More +
6 results   page 1 of 1   view sort by 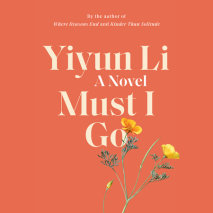 audio
Must I Go
Author: Yiyun Li | Narrator: John Rubinstein, Jane Alexander and Alex McKenna
Release Date: July 28, 2020
“One of our major novelists” (Salman Rushdie) tells the story of a woman reflecting on her uncompromising life, and the life of a former lover, in this provocative novel.“Yiyun Li is one of my favorite writers, and Must I Go...
ABOUT THIS AUDIOBOOK
$22.50
ISBN: 9780593286517
Unabridged Download 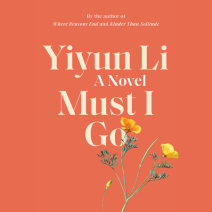 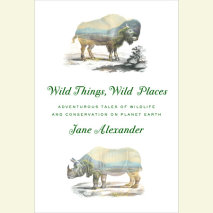 audio
Wild Things, Wild Places
Author: Jane Alexander | Narrator: Jane Alexander
Release Date: September 27, 2016
A moving, inspiring, personal look at the vastly changing world of wildlife on planet earth as a result of human incursion, and the crucial work of animal and bird preservation across the globe being done by scientists, field biologists, zoologists, ...
ABOUT THIS AUDIOBOOK
$20
ISBN: 9780735286993
Unabridged Download 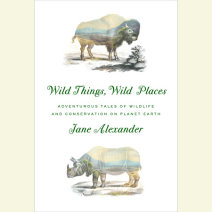 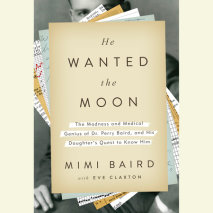 audio
He Wanted the Moon
Author: Eve Claxton and Mimi Baird | Narrator: Jane Alexander, John Bedford Lloyd and Paul Boehmer
Release Date: February 17, 2015
Soon to be a major motion picture, from Brad Pitt and Tony KushnerA Washington Post Best Book of 2015A mid-century doctor's raw, unvarnished account of his own descent into madness, and his daughter's attempt to piece his life back together and make ...
ABOUT THIS AUDIOBOOK
$17.50
ISBN: 9781101890042
Unabridged Download 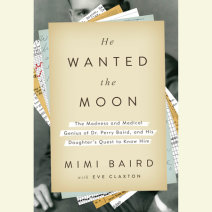 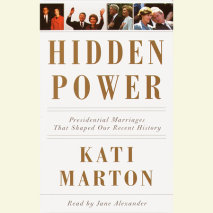 Hidden Power
Author: Kati Marton | Narrator: Jane Alexander
Release Date: September 18, 2001
An extraordinary work of history and original reporting that reveals the ways in which presidential marriages have affected the tone, character, and policies of twelve administrations, from Woodrow and Edith Wilson to George W. and Laura Bush.Each of...
ABOUT THIS AUDIOBOOK
$12.95
ISBN: 9780739300015
Abridged Download 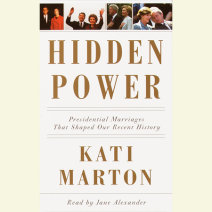 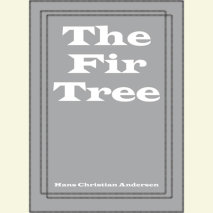 The Fir Tree
Author: Hans Christian Andersen | Narrator: Jane Alexander
Release Date: December 27, 2000
"Out in the woods stood a nice little Fir Tree. The place he had was a very good one: the sun shone on him: as to fresh air, there was enough of that, and round him grew many large-sized comrades, pines as well as firs. But the little Fir wanted so v...
ABOUT THIS AUDIOBOOK
$1.63
ISBN: 9780375419294
Abridged Download 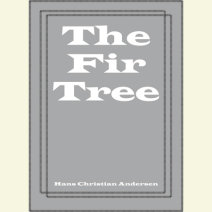 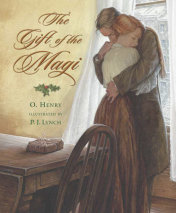 The Gift Of the Magi
Author: O. Henry | Narrator: Jane Alexander
Release Date: December 19, 2000
In O. Henry's classic story about Christmas and the holiday spirit, a young married couple deal with the challenge of buying secret Christmas gifts for each other with very little money.
ABOUT THIS AUDIOBOOK
$1.63
ISBN: 9780375419287
Unabridged Download 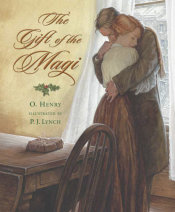