Julie Harris's unforgettable perfomance in the lead role in The Member of the Wedding, both on Broadway and on film, first brought her fame. Her stage career has included highly acclaimed solo performances as Emily Dickinson in The Belle of Amherst and as Isak Dineson in Lucifer's Child. Her film credits include East of Eden, Requiem for a Heavyweight, and Gorillas in the Mist. 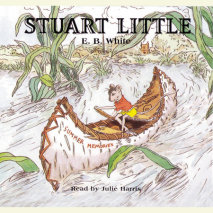 audio
Stuart Little
Author: E. B. White | Narrator: Julie Harris
Release Date: July 05, 2000
Stuart Little is a shy, philosophical mouse witha big heart and a taste for adventure. He also happens to be the second son born to the Littles, a human family living in New York City. In spite of his dimunuitive statue-barely two inches tall--Stua...
ABOUT THIS AUDIOBOOK
$10
ISBN: 9780553528503
Unabridged Download 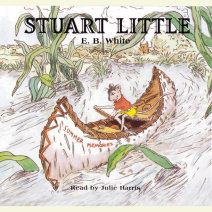