Keith Carradine is an award-winning actor, singer, and songwriter. Born in 1949 to artist and actress Sonia Sorel and the prolific Hollywood veteran John Carradine, he is best known for his roles in Nashville, Deadwood, The Duellists, Madam Secretary, and Dexter. In addition to film and television, Carradine has had success in theater and music, getting his acting start in the original Broadway run of Hair and appearing in productions of Dirty Rotten Scoundrels, Will Rogers Follies, and Foxfire. He won a Golden Globe and an Oscar for "I'm Easy", which he wrote and performed in Nashville. His credits as a voice actor and narrator include Waging Heavy Peace by Neil Young and With These Hands by Louis L'Amour. 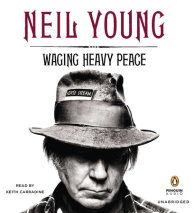 Waging Heavy Peace
Author: Neil Young | Narrator: Keith Carradine
Release Date: September 25, 2012
The perfect gift for music lovers and Neil Young fans, telling the story behind Neil Young's legendary career and his iconic, beloved songs. “I think I will have to use my time wisely and keep my thoughts straight if I am to succeed and de...
ABOUT THIS AUDIOBOOK
$22.50
ISBN: 9781101579459
Unabridged Download 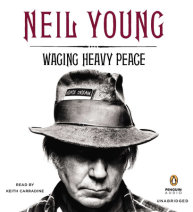 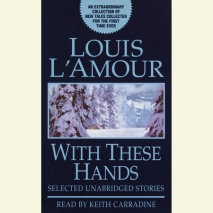 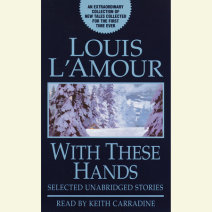