Frank Langella is a stage and film actor best known for his roles in the plays Frost/Nixon, Seascape, The Father, and FX's crime drama The Americans. He is a four-time Tony Award winner, two-time Obie Award winner, and an Academy Award nominee. He is also the author of the critically acclaimed memoir Dropped Names: Famous Men and Women as I Knew Them. 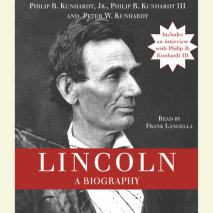 audio
Lincoln
Author: Peter W. Kunhardt, Philip B. Kunhardt, Jr. and Philip B. Kunhardt, III | Narrator: Frank Langella
Release Date: December 30, 2008
An audiobook to be treasured by all history buffs: the companion volume to the ABC TV documentary.This remarkable biography presents Abraham Lincoln as we have never before seen him. The insightful and vibrant narrative draws extensively on diaries,...
ABOUT THIS AUDIOBOOK
$10
ISBN: 9780739383810
Abridged Download 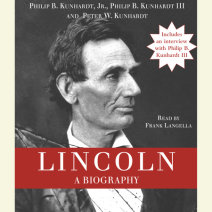 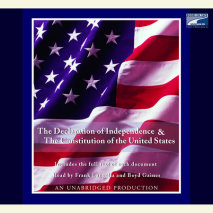 The Declaration of Independence and the Constitution of the United States
Author: Various | Narrator: Boyd Gaines and Frank Langella
Release Date: July 17, 2007
The two most treasured documents of American freedom together on one audiobook.We hold these truths to be self-evident, that all men are created equal…Drafted by Thomas Jefferson in 1776 as an act of rebellion, The Declaration of Independence p...
ABOUT THIS AUDIOBOOK
$6
ISBN: 9780739343692
Unabridged Download 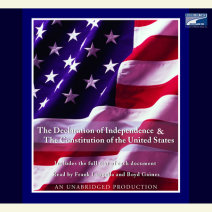