Suzan-Lori Parks is a novelist, playwright, songwriter, and screenwriter. She was the recipient of the 2002 Pulitzer Prize for Drama for her play Topdog/Underdog, as well as a 2001 MacArthur grant. Her other plays include Fucking A, In the Blood, The America Play, Venus, and The Death of the Last Black Man in the Whole Entire World. Her first feature film, Girl 6, was directed by Spike Lee. A graduate of Mount Holyoke College, where she studied with James Baldwin, she has taught creative writing in universities across the country, including at the Yale School of Drama, and she heads the Dramatic Writing Program at CalArts. 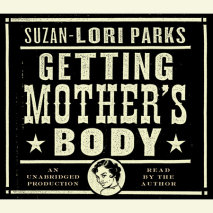 Getting Mother's Body
Author: Suzan-Lori Parks | Narrator: Suzan-Lori Parks
Release Date: May 06, 2003
Billy Beede, the teenage daughter of the fast-running, no-account, and six-years-dead Willa Mae, comes home one day to find a fateful letter waiting for her: Willa Mae’s burial spot in LaJunta, Arizona, is about to be plowed up to make way for ...
ABOUT THIS AUDIOBOOK
$15.95
ISBN: 9780739302989
Unabridged Download 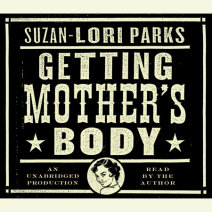