Edward Asner has more than 100 TV credits, which include starring in the series Off the Rack, The Bronx Zoo and Thunder Alley. Numerous guest appearances include roles in Curb Your Enthusiasm, ER, Arliss, The Practice and The Dead Zone. He has lent his voice to numerous audiobooks and commercials, and to popular cartoon shows such as The Simpsons, Spiderman and Boondocks. Asner’s dozens of motion pictures include They Call Me Mister Tibbs!, Fort Apache the Bronx, JFK, Elf with Will Farrell and James Caan. 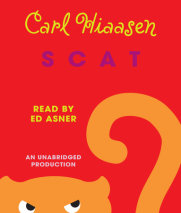 audio
Scat
Author: Carl Hiaasen | Narrator: Edward Asner
Release Date: January 27, 2009
Carl Hiaasen takes us deep in the Everglades with an eccentric eco-avenger, a ticked-off panther, and two kids on a mission to find their missing teacher. Florida—where the animals are wild and the people are wilder! Bunny Starch...
ABOUT THIS AUDIOBOOK
$20
ISBN: 9780739371299
Unabridged Download 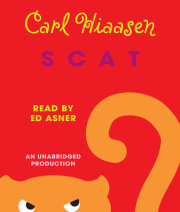 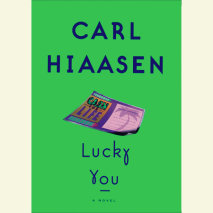 audio
Lucky You
Author: Carl Hiaasen | Narrator: Edward Asner
Release Date: April 01, 2008
Grange, Florida, is famous for its miracles--the weeping fiberglass Madonna, the Road-Stain Jesus, the stigmata man. And now it has JoLayne Lucks, unlikely winner of the state lottery.Unfortunately, JoLayne's winning ticket isn't the only one. The ot...
ABOUT THIS AUDIOBOOK
$22.50
ISBN: 9780804149075
Abridged DownloadUnabridged Download 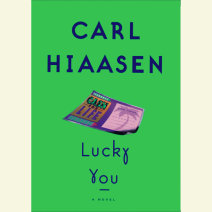 audio
Sick Puppy
Author: Carl Hiaasen | Narrator: Edward Asner
Release Date: April 01, 2008
When Palmer Stoat notices the black pickup truck following him on the highway, he fears his precious Range Rover is about to be carjacked. But Twilly Spree, the man tailing Stoat, has vengeance, not sport-utility vehicles, on his mind. Idealistic, in...
ABOUT THIS AUDIOBOOK
$22.50
ISBN: 9780804149099
Abridged DownloadUnabridged Download