Henry Thomas is an actor, musician, and narrator. His movie credits include Gangs of New York and All the Pretty Horses, and he is best known for his portrayal of Elliott in Stephen Spielberg’s E.T. the Extra-Terrestrial. He is the narrator of Michael A. Stackpole’s Star Wars: X-Wing series. 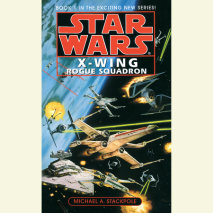 Star Wars: X-Wing: Rogue Squadron
Author: Michael A. Stackpole | Narrator: Henry Thomas
Release Date: February 20, 2007
In this essential Star Wars Legends novel, discover the legacy of Rogue Squadron and its fabled pilots, who became a symbol of hope throughout the galaxy.They are sleek, swift, and deadly. They are the X-wing fighters. And as the struggle rages acros...
ABOUT THIS AUDIOBOOK
$9.99
ISBN: 9780553754360
Abridged Download 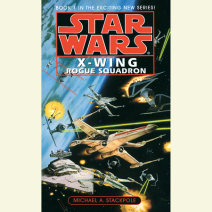 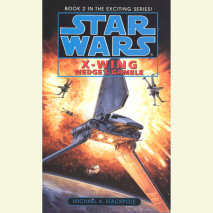 Star Wars: X-Wing: Wedge's Gamble
Author: Michael A. Stackpole | Narrator: Henry Thomas
Release Date: February 20, 2007
Led by Wedge Antilles, the legendary pilots of Rogue Squadron prepare to risk everything in their battle against the Empire.Sleek, swift, and deadly, they are the X-wing fighters. And as the battle against the Empire rages across the vastness of spac...
ABOUT THIS AUDIOBOOK
$9.99
ISBN: 9780553754391
Abridged Download 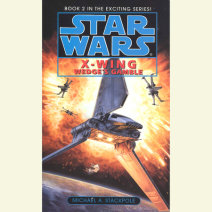 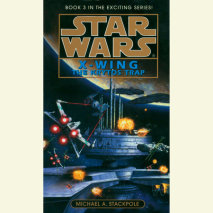 Star Wars: X-Wing: The Krytos Trap
Author: Michael A. Stackpole | Narrator: Henry Thomas
Release Date: February 20, 2007
The third book in the legendary series featuring the pilots of Rogue SquadronThe Rebels have taken the Imperial headquarters world of Coruscant, but their problems are far from over.A killer virus called Krytos is spreading among the population and f...
ABOUT THIS AUDIOBOOK
$9.99
ISBN: 9780553754421
Abridged Download 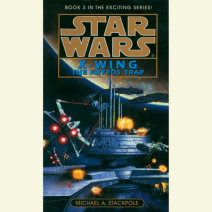