Jamie Rose has been a professional actor for more than thirty-five years. Perhaps best known for her regular role as Vickie Gioberti in the 1980s prime-time hit series Falcon Crest,she more recently has had lead roles in multiple films and numerous television shows, including ER, NYPD Blue, House, and Two and a Half Men. In love with the same man for more than thirteen years, and married to him for the past five, she lives in Los Angeles with him, their cat, Fenway, and approximately twenty-five pairs of tango shoes. 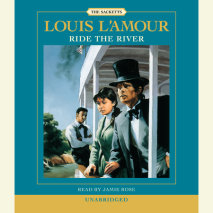 Ride the River
Author: Louis L'Amour | Narrator: Jamie Rose
Release Date: July 11, 2000
Alone in the big city, a fierce young frontierswoman must outsmart a dangerous con man before she can stake her claim to the family fortune.   Sixteen-year-old Echo Sackett has never been far from her Tennessee home—until she makes the lon...
ABOUT THIS AUDIOBOOK
$12.95
ISBN: 9780553752649
Unabridged Download 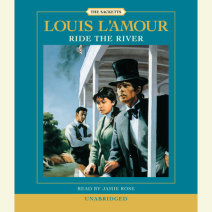