home
x
Subscribe
Winston S. Churchill
"In this absorbing volume . . . the greatest Englishman of the twentieth century paints with surpassing elegance his portrait of American history and American character. This is a good book to read-and a book to savor."
--Arthur Schlesinger, Jr.

"This excellent volume gives the gist of all Winston Churchill's writings and observations about American history. It is a wonderful read for Americans, and tells them a great deal about their country, which many of them do not know and ought to know."
--Paul Johnson, author of A History of the American People

"A fresh and vigorous account of the development of the United States . . . Sir Winston writes with wit and verve and a capacious understanding of politics and governance. . . . The Great Republic concisely demonstrates what an exceptional writer Winston Churchill was."
--Bookpage

"[The Great Republic] bespeaks not only the author's formidable skills as a historian but also his abiding fondness for-some might say his intimate connection to-the United States. . . . His articles and speeches convey the fullest sense of Winston Churchill's indomitable spirit. . . . In his writing, as in his statesmanship, he was a giant whose height allowed him to see much, much farther than most-even across oceans."
--Forbes FYI
Read More +
1 results   page 1 of 1   view sort by 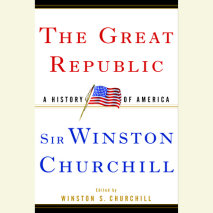 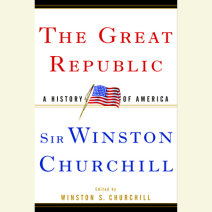