Charlie LeDuff is a Pulitzer Prize–winning journalist, formerly at the New York Times and the Detroit News, and currently on Detroit’s Fox 2 News. He was one of several reporters who worked on The New York Times series "How Race Is Lived in America," which was awarded a Pulitzer Prize in 2001. He alsoproduced a ten-part television series of participatory journalism called O" for Discovery Times. LeDuff has covered the war in Iraq, crossed the border with Mexican migrants, and chronicled a Brooklyn fire house in the aftermath of 9/11. The author of Detroit, US Guys, and Work and Other Sins, he lives near Detroit. 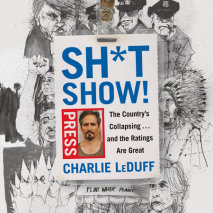 audio
Sh*tshow!
Author: Charlie LeDuff | Narrator: Charlie LeDuff
Release Date: May 22, 2018
A daring, firsthand, and utterly-unscripted account of crisis in America, from Ferguson to Flint to Cliven Bundy's ranch to Donald Trump's unstoppable campaign for President--at every turn, Pulitzer-prize winner and bestselling author of Detroit: An ...
ABOUT THIS AUDIOBOOK
$17.50
ISBN: 9780525633334
Unabridged Download 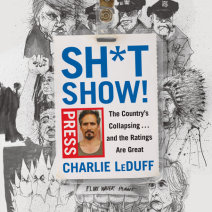