Stephen Collins is an American actor best known for his role on the TV series 7th Heaven. He starred in the films All the President’s Men, Star Trek: The Motion Picture, and The First Wives Club. He also narrated the audiobooks White Shark and Blue Water, Green Skipper: A Memoir of Sailing Alone Across the Atlantic. 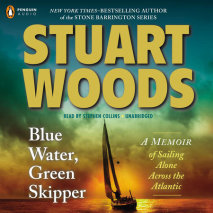 Blue Water, Green Skipper
Author: Stuart Woods | Narrator: Stephen Collins
Release Date: August 02, 2012
Stuart Woods had never owned more than a dinghy before setting out on one of the world’s most demanding sea voyages, navigating single-handedly across the Atlantic. How, at the age of thirty-seven, did this self-proclaimed novice go from small ...
ABOUT THIS AUDIOBOOK
$17.50
ISBN: 9781101590119
Unabridged Download 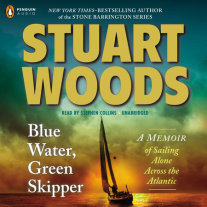