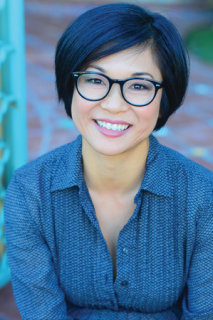 KEIKO AGENA is an actress best known for the TV show, Gilmore Girls, where she played Lane Kim for seven seasons and reprised the role in 2016. As a guest star she has appeared on such shows as NCIS LA, Shameless, Scandal, House, ER and 13 Reasons Why. Agena regularly podcasts and is a graduate of the UCB and iO West improv programs, has studied at the Groundlings and currently performs with multiple improv teams. She and her work have been featured in EW, The Hollywood Reporter, and more.

audio
Millicent Min, Girl Genius
Author: Lisa Yee | Narrator: Keiko Agena
Release Date: October 14, 2003
Millicent Min is having a bad summer. Her fellow high school students hate her for setting the curve. Her fellow 11-year-olds hate her for going to high school. Her grandmother Maddie is moving away, and in an effort to give Millicent a more “n...
ABOUT THIS AUDIOBOOK
$15
ISBN: 9780807219324
Unabridged Download