Kevin O'Rourke is Professor of Economics at NYU Abu Dhabi. He was previously Chichele Professor of Economic History at Oxford, and a Fellow of All Souls College. Between 2014 and 2018 he was Research Director of the Centre for Economic Policy Research, a network of 1100 researchers in universities throughout Europe. He is a member of the Royal Irish Academy and a Fellow of the British Academy. His previous books include (as co-author) Globalization and History: the evolution of a nineteenth-century Atlantic economy and Power and Plenty: Trade, War and the World Economy in the Second Millennium; and (as co-editor) The Cambridge Economic History of Modern Europe. 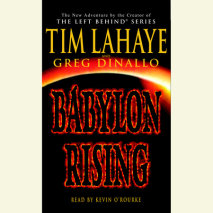 Babylon Rising
Author: Tim LaHaye | Narrator: Kevin O'Rourke
Release Date: October 21, 2003
Tim LaHaye created the Left Behind Series, which has become one of the most popular fiction series of all time. Those novels, with more that 50 million copies sold, presented a unique combination of suspense and substance drawn from his lifelong stud...
ABOUT THIS AUDIOBOOK
$19.95
ISBN: 9780739307304
Abridged DownloadUnabridged Download 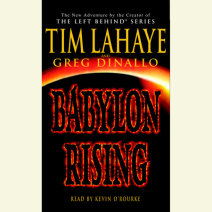