Marian Tomas Griffin is an actress and member of the Irish Repertory Theatre. She is well known to daytime audiences as the “Psycho Nanny”Mary Mennihan on the CBS Soap “As The World Turn”. Marian decided to pull up roots in New York in 2003 and relocated to Los Angeles where she now resides. 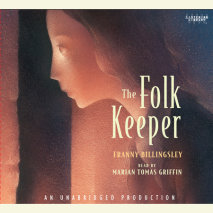 The Folk Keeper
Author: Franny Billingsley | Narrator: Marian Tomas Griffin
Release Date: July 06, 2010
“Here in the Cellar,” Corinna says, “I control the Folk. Here, I’m queen of the world.” As Folk Keeper at the Rhysbridge Home, she feeds the fierce, dark-dwelling cave Folk; keeps them from souring the milk, killing the ...
ABOUT THIS AUDIOBOOK
$14
ISBN: 9780307879523
Unabridged Download 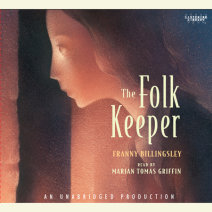