For her maverick open-water performance of the 1970s, Diana Nyad was known as the world’s greatest long-distance swimmer. For the next thirty years, Nyad was a prominent sports broadcaster and journalist, filing compelling stories for National Public Radio, ABC’s Wide World of Sports, and others. She is a national fitness icon, has written three other books, is a talented linguist, and is one of today’s most powerful and engaging public speakers. 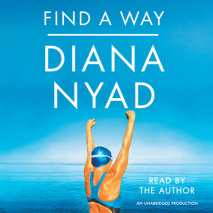 audio
Find a Way
Author: Diana Nyad | Narrator: Diana Nyad
Release Date: October 20, 2015
Hillary Clinton said that Find a Way would stay with her through the general election:  “When you’re facing big challenges in your life, you can think about Diana Nyad getting attacked by the lethal sting of box jellyfishes. And near...
ABOUT THIS AUDIOBOOK
$22.50
ISBN: 9781101889022
Unabridged Download 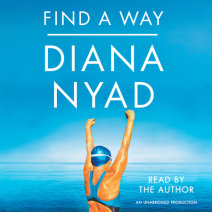