Bob Davis was the founder and CEO of Lycos from its inception in June of 1995, when he completed the fastest IPO in NASDAQ history, through its merger into Terra Lycos in 2001 for over $5.4 billion. He continues to serve as the company's vice chairman while now working as a partner at the venture capital firm of Highland Capital Partners. He appears regularly on CNN, CNBC, BBC, and Bloomberg and has been prominently featured in the New York Times, The Wall Street Journal, the Boston Globe, the Washington Post, Financial Times, Forbes, Fortune, Business Week, and other major publications. 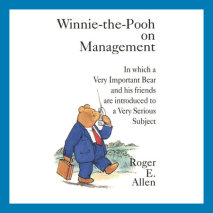 Winnie-the-Pooh on Management
Author: Roger E. Allen | Narrator: Bob Davis and Shirley Venard
Release Date: September 17, 2008
The failure to grasp the basics of management often trips up even the most successful companies. With that in mind, management consultant Roger E. Allen uses A. A. Milne's beloved stories and characters to illustrate essential business principles, su...
ABOUT THIS AUDIOBOOK
$9
ISBN: 9781598877229
Abridged Download 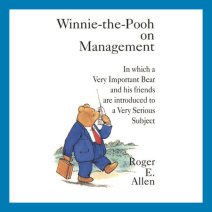