Twenty-seven-year-old Jason Ryan Dorsey wrote Graduate to Your Perfect Job when he was just eighteen, and it went on to sell 200,000 copies. He has since spoken to more than 500,000 young adults and those who educate and employ them. Winner of the Austin Under 40 Entrepreneur of the Year Award at age twenty-six, Dorsey has appeared on Today and The View and in Teen People. He lives in Austin, Texas. 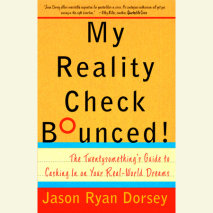 audio
My Reality Check Bounced!
Author: Jason Ryan Dorsey | Narrator: Jason Ryan Dorsey
Release Date: January 02, 2007
It’s time to cash your reality check and re-create your life on your own terms.In your twenties you expect to finally live life on your own terms. But it can seem like the world won’t cooperate. Roommates drive you crazy (but you can̵...
ABOUT THIS AUDIOBOOK
$14.98
ISBN: 9780739343708
Unabridged Download 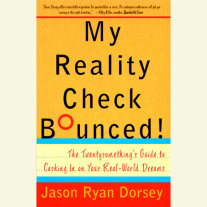