Greg Behrendt is a comedian and the coauthor of the two-million-copy bestseller He’s Just Not That Into You. His acclaimed stand-up comedy has been seen on HBO, Comedy Central Presents, The Tonight Show with Jay Leno, Late Show with David Letterman, and Late Night with Conan O’Brien. He lives in Los Angeles with his wife, Amiira Ruotola-Behrendt, and their two children. 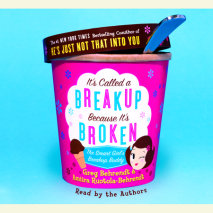 It's Called a Breakup Because It's Broken
Author: Greg Behrendt and Amiira Ruotola-Behrendt | Narrator: Greg Behrendt and Amiira Ruotola-Behrendt
Release Date: September 27, 2005
There’s no doubt about it—breakups suck. But in the first few hours or days or weeks that follow, there’s one important truth you need to recognize: Some things can’t and shouldn’t be fixed, especially that loser who dum...
ABOUT THIS AUDIOBOOK
$15
ISBN: 9781415928547
Abridged DownloadUnabridged Download 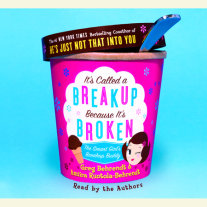