Sharon Rocha is the mother of Laci Peterson. After the murder of her daughter and unborn grandson, she has campaigned for victim's rights and helped launch Laci and Conner's Law, which makes it a crime to harm a fetus during an attack on a pregnant woman. The law, specifically the Unborn Victims of Violence Act, was signed into law by President Bush in April 2004. She lives in California. 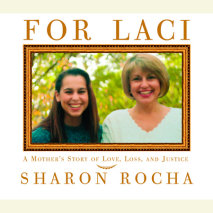 For Laci
Author: Sharon Rocha | Narrator: Sharon Rocha
Release Date: January 03, 2006
Laci Rocha Peterson, 8 months pregnant, was last seen by her sister, Amy, in the late afternoon of December 23, 2002. She spoke to her mother, Sharon Rocha, at 8:30 p.m. that night. This would be the last time anyone from her immediate family ever sp...
ABOUT THIS AUDIOBOOK
$20
ISBN: 9781415926055
Abridged DownloadUnabridged Download 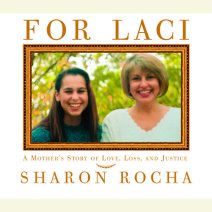