Since her breakout role in Urban Cowboy, Debra Winger has garnered critical praise for her numerous roles in film and television. She has been nominated for five Golden Globe® awards, three Academy Awards®, two BAFTA awards, and an Emmy® Award. In 2002, she was the subject of the documentary Searching for Debra Winger. 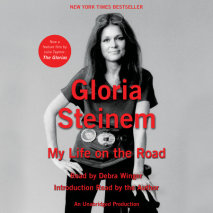 audio
My Life on the Road
Author: Gloria Steinem | Narrator: Gloria Steinem and Debra Winger
Release Date: October 27, 2015
Gloria Steinem—writer, activist, organizer, and one of the most inspiring leaders in the world—now tells a story she has never told before, a candid account of how her early years led her to live an on-the-road kind of life, traveling, li...
ABOUT THIS AUDIOBOOK
$20
ISBN: 9780147522412
Unabridged Download 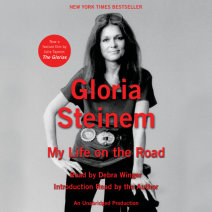 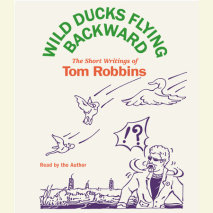 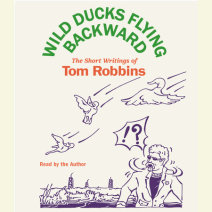