Lauren Molina is an award-winning actress, musician, and narrator. She appeared in the critically acclaimed Broadway revival of Sweeney Todd, as well as the hit musical Rock of Ages and Candide. She is a notable songstress, lauded by the New York Times as a "sweet-voiced soprano," receiving an award for Best Supporting Actress from the independent Reviewers of New England, and releasing two albums, Doo-Be-Doo and Sea For Two. 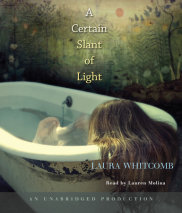 A Certain Slant of Light
Author: Laura Whitcomb | Narrator: Lauren Molina
Release Date: June 13, 2006
Someone was looking at me, a disturbing sensation if you’re dead. Though I could not feel paper between my fingers, smell ink, or taste the tip of a pencil, I could see and hear the world with all the clarity of the Living. They, on the other h...
ABOUT THIS AUDIOBOOK
$22.50
ISBN: 9780307286116
Unabridged Download 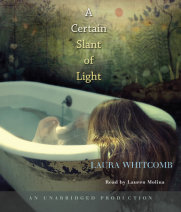