Martin Freeman is an English actor. He is known for his roles as John in Love Actually, BBC's Golden Globe–winning comedy The Office, and The Hitchhiker's Guide to the Galaxy. He also garnered acclaim for his performance in the lead role of Bilbo Baggins in Peter Jackson's three-part adaptation of The Hobbit. 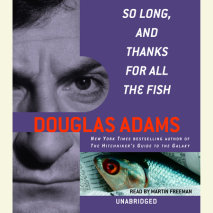 audio
So Long, and Thanks for All the Fish
Author: Douglas Adams | Narrator: Martin Freeman
Release Date: October 03, 2006
“A madcap adventure . . . Adams’s writing teeters on the fringe of inspired lunacy.”—United Press InternationalBack on Earth with nothing more to show for his long, strange trip through time and space than a ratty towel and a ...
ABOUT THIS AUDIOBOOK
$15
ISBN: 9780739332122
Unabridged Download 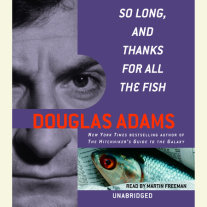 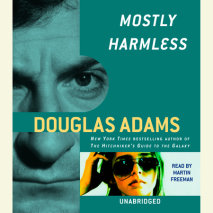 Mostly Harmless
Author: Douglas Adams | Narrator: Martin Freeman
Release Date: October 03, 2006
It’s easy to get disheartened when your planet has been blown up, the woman you love has vanished due to a misunderstanding about space/time, the spaceship you are on crashes on a remote and Bob-fearing planet, and all you have to fall back on ...
ABOUT THIS AUDIOBOOK
$15
ISBN: 9780739332146
Unabridged Download 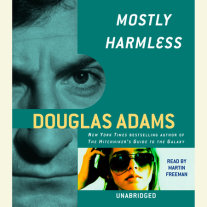 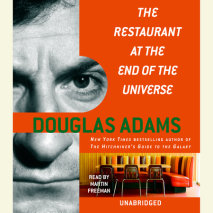 audio
The Restaurant at the End of the Universe
Author: Douglas Adams | Narrator: Martin Freeman
Release Date: July 04, 2006
“Douglas Adams is a terrific satirist.”—The Washington Post Book WorldFacing annihilation at the hands of the warlike Vogons? Time for a cup of tea! Join the cosmically displaced Arthur Dent and his uncommon comrades in arms in thei...
ABOUT THIS AUDIOBOOK
$15
ISBN: 9780739332085
Unabridged Download 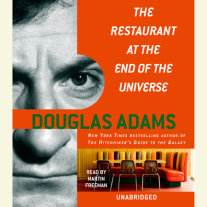 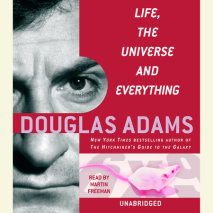 audio
Life, the Universe and Everything
Author: Douglas Adams | Narrator: Martin Freeman
Release Date: July 04, 2006
“Wild satire . . . The feckless protagonist, Arthur Dent, is reminiscent of Vonnegut heroes.”—Chicago TribuneThe unhappy inhabitants of planet Krikkit are sick of looking at the night sky above their heads—so they plan to dest...
ABOUT THIS AUDIOBOOK
$15
ISBN: 9780739332108
Unabridged Download 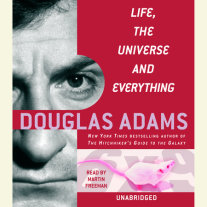