David Dawson was born in Wales in 1960. After leaving the Royal College of Art, he combined his work as a painter with becoming an assistant to Lucian Freud; he remained with him until Freud’s death in 2011. His photographs, alongside those of Bruce Bernard, were published in Freud at Work in 2006. Dawson’s paintings have been shown at Pallant House Gallery, Chichester, and by Marlborough Fine Art. His photographs of Lucian Freud have been exhibited at the National Portrait Gallery in 2004, at Hazlitt Holland-Hibbert, London, and at the Sigmund Freud Museum in the former Freud apartment in Vienna in 2013. He divides his time between London, Wales, and New York. 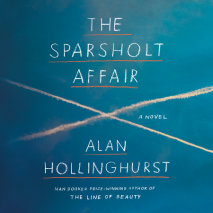 audio
The Sparsholt Affair
Author: Alan Hollinghurst | Narrator: David Dawson
Release Date: March 13, 2018
“Call Me By Your Name meets Evelyn Waugh in a gorgeous novel about the generations-long aftershocks of a youthful tryst.” —EsquireFrom the winner of the Man Booker Prize, a masterly novel that spans seven transformative de...
ABOUT THIS AUDIOBOOK
$25
ISBN: 9780525589020
Unabridged Download 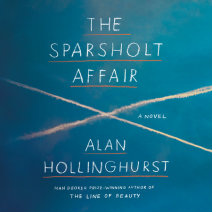