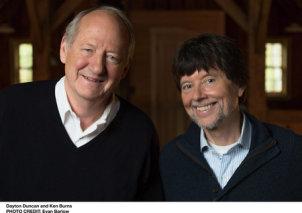 DAYTON DUNCAN, writer and producer of Country Music, is the author of twelve other books, including Out West: An American Journey Along the Lewis and Clark Trail, in which he retraced the historic route of the expedition. He has worked with Ken Burns as a writer and producer of documentary films for nearly thirty years. 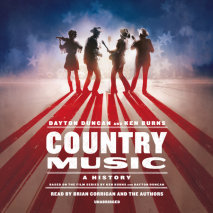 audio
Country Music
Author: Dayton Duncan and Ken Burns | Narrator: Dayton Duncan, Brian Corrigan and Ken Burns
Release Date: September 10, 2019
The rich and colorful story of America's most popular music and the singers and songwriters who captivated, entertained, and consoled listeners throughout the twentieth century--based on the upcoming eight-part film series to air on PBS in September ...
ABOUT THIS AUDIOBOOK
$27.50
ISBN: 9780525588856
Unabridged Download 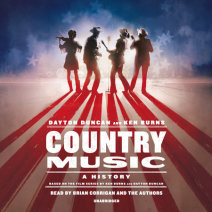 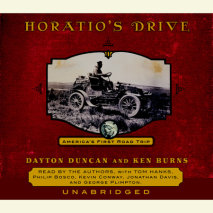 Horatio's Drive
Author: Dayton Duncan and Ken Burns | Narrator: Dayton Duncan, Ken Burns and Tom Hanks
Release Date: July 01, 2003
The companion volume to the PBS documentary film about the first—and perhaps most astonishing—automobile trip across the United States.In 1903 there were only 150 miles of paved roads in the entire nation and most people had never seen a ...
ABOUT THIS AUDIOBOOK
$8.95
ISBN: 9780739306369
Unabridged Download 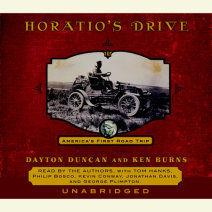