Jerry Orbach was an an American actor best known for his role as Detective Lennie Briscoe in Law & Order. He studied drama at the University of Illinois and at Northwestern. Orbach had many roles in musicals before he broke out into television, and was nominated for a Tony Award in 1976 for his performance in Chicago. He was also the voice of Lumiere in Disney's Beauty and the Beast. Jerry Orbach passed away in 2004. 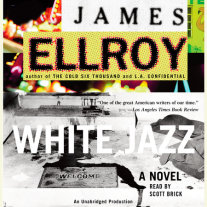