John Mitchinson has been both a bookseller and a publisher and looked after authors as diverse as Haruki Murakami, the Beatles, and a woman who knitted with dog hair. He and John Lloyd are in charge of research for the hit BBC show QI and have written many bestselling books, including such titles as The Book of General Ignorance, 1,227 Quite Interesting Facts to Blow Your Socks Off, and 1,411 QI Facts to Knock You Sideways. 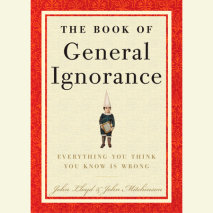 The Book of General Ignorance
Author: John Lloyd and John Mitchinson | Narrator: John Lloyd and John Mitchinson
Release Date: November 25, 2008
NEW YORK TIMES BESTSELLER • Misconceptions, misunderstandings, and flawed facts finally get the heave-ho in this humorous, downright humiliating book of reeducation based on the phenomenal British bestseller. Challenging what most of us assume...
ABOUT THIS AUDIOBOOK
$15
ISBN: 9780739370681
Abridged Download 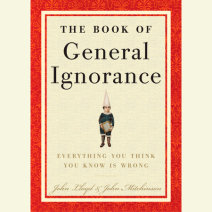