Cathie Black heads Hearst Magazines, a division of Hearst Corporation. She manages the financial performance and development of some of the industry’s best-known magazines, including Cosmopolitan; Esquire; Good Housekeeping; Harper’s; and O, the Oprah Magazine. Black made publishing history in 1979 as the first woman publisher of a weekly consumer magazine, New York, and she is widely credited for the success of USA Today, where for eight years, starting in 1983, she was first president, then publisher. Before joining Hearst, she also served five years as president and CEO of the Newspaper Association of America. She lives in New York with her husband, son, and daughter. 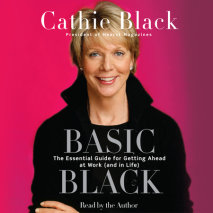 Basic Black
Author: Cathie Black | Narrator: Cathie Black
Release Date: October 23, 2007
Cathie Black is the wise, funny mentor that every woman dreams of having. She was a pioneer in advertising sales at a time when women didn’t sell; served as president and publisher of the fledgling USA Today; and, in her current position as the...
ABOUT THIS AUDIOBOOK
$22.50
ISBN: 9781415942376
Abridged DownloadUnabridged Download 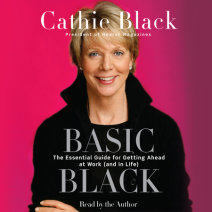