GARY NOESNER retired from the FBI in 2003 following a thirty-year career as an investigator, instructor, and negotiator. An FBI hostage negotiator for twenty-three years of his career, he spent ten years as the bureau's Chief Negotiator. Following his retirement from the FBI he became a Senior Vice President with Control Risks, an international consultancy. Noesner has appeared on numerous television documentaries produced by A&E, the History Channel, Discovery, TLC, and National Geographic. He is the founder of the National Council of Negotiation Associations, which represents about eighteen organizations and thousands of law enforcement negotiators nationwide.   He continues to do consulting work for Control Risks part-time. 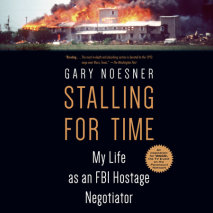 audio
Stalling for Time
Author: Gary Noesner | Narrator: Gary Noesner
Release Date: January 02, 2018
The FBI’s chief hostage negotiator recounts harrowing standoffs, including the Waco siege with David Koresh and the Branch Davidians, in a memoir that inspired the miniseries Waco, now on Netflix.“Riveting . . . the most in-depth and abso...
ABOUT THIS AUDIOBOOK
$20
ISBN: 9780525634416
Unabridged Download 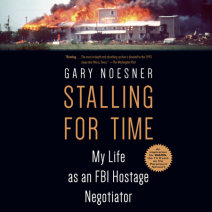