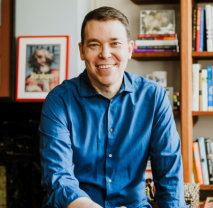 Bruce Feiler is the author of six consecutive New York Times bestsellers, including The Secrets of Happy Families, Walking the Bible, and Council of Dads, which will be an NBC drama series in spring 2020. He is the host of two primetime series on PBS, and his two TED Talks have been viewed more than two million times. A native of Savannah, Georgia, Feiler lives in Brooklyn with his wife, Linda Rottenberg, and their twin daughters. 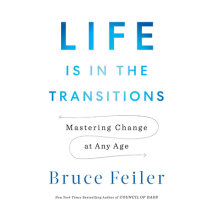 Life Is in the Transitions
Author: Bruce Feiler | Narrator: Bruce Feiler
Release Date: July 14, 2020
A pioneering and timely study of how to navigate life's biggest transitions with meaning, purpose, and skillBruce Feiler, author of the New York Times bestsellers The Secrets of Happy Families and Council of Dads, has long explored the stories that g...
ABOUT THIS AUDIOBOOK
$20
ISBN: 9780593211373
Unabridged Download 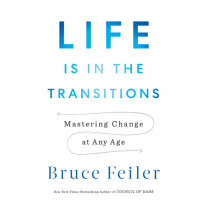 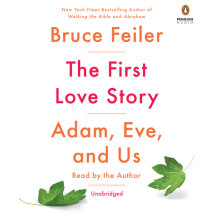 audio
The First Love Story
Author: Bruce Feiler | Narrator: Bruce Feiler
Release Date: March 21, 2017
From the New York Times bestselling author of Walking the Bible and Abraham comes a revelatory journey across four continents and 4,000 years exploring how Adam and Eve introduced the idea of love into the world, and how they continue to shape our de...
ABOUT THIS AUDIOBOOK
$20
ISBN: 9781524735012
Unabridged Download 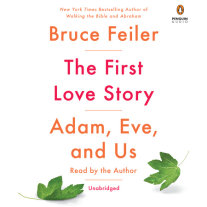